Showing posts from May, 2012
Show all

Today, the boys were being my doctors (all 4 of them...I was in bad shape apparently ;) ) I had to keep making up bogus illnesses and injuries and was running out of ideas, so I told Titus I couldn't see anymore. He did a full head check up and then proceeded to screw my eyeballs in tighter. Apparently, they were "too loose." Yikes!
Then, the boys started choosing my injuries for me. Titus also went on to "cut a little bit off" of my pinky because it was too long. According to him, my pinky had been hurting a lot because of its length. ha!!
Josiah was hilarious, too. His favorite part was being the patient. The second one of them would say, "Okay, Josiah, now it's your turn to be sick," he would throw himself on the floor and lay as still as possible. Why can't I get him to do that??
Justus went so far as to make a checklist and even used some pretty fancy machinery (a calculator "hooked to" various play construction tools.) He woul…
Post a Comment
Read more 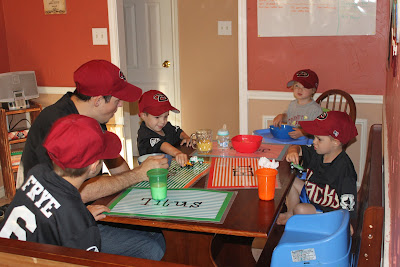 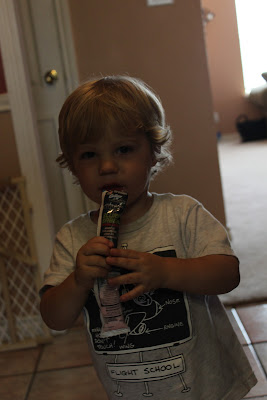 A letter to my cousin's girlfriend (in response to some posts on Facebook...because I want the world to know what I believe...or at least my friends and family and others who may come across this):

Oh how I wish we could go out for coffee for this conversation. Normally, I like to keep my mouth shut when it comes to disagreeing with something someone has said or linked to on FB. For obvious reasons, it's just not a convenient place to "discuss" things, especially something as serious as Christianity/gay rights, etc. I want to say right up front that the main reason I am even writing this to you is because I have a desire to say something this time. I want to follow my heart on that, and if you want to delete this and not say anything more...I'm fine with that :)
First, to be fair, I wanted to throw this out there in response to your post, "Why is it that those who preach "the word of god" the loudest and most in your face are the most closed minde…
Post a Comment
Read more
More posts