February 17, 2011
Chapter 3 was a very short chapter, but full of ideas on a simple truth:
Boys will become men who will eventually come to a situation or position where they will need to stand up for what they believe in. In certain situations, this might mean they are left standing alone (hence the title of the chapter, "Standing Alone.") Through the reading of Luke 16:10 ("He who is faithful in what is least is faithful also in much,") the Young's set out to give their sons responsibilities and leadership positions in baby steps. Most importantly, it all began under parental supervision. Their purpose in this plan was to make sure their boys were given ample opportunity to face real-life obstacles while Mom and Dad were there by their side. When the boys became men and were truly faced with those situations (withOUT Mom and Dad), they had the confidence and courage to stand alone and do what was right.

My favorite lesson in this chapter (and one I was quick to share with my husband ;) ) was the idea of boys being their Mom's "bodyguard." I chose this week's quote with ease...

"Their mother should never be carrying anything until every boy is fully loaded..."
(p. 61, emphasis mine ;) )

The following chapter was tough for me. In it, the Young's deal with boys' obsession with guns (and other weapons) and fighting. To be completely honest, I really don't think I have ever had a huge issue with my sons playing with pretend guns. We talk to them about the fact that their guns aren't real (and that they should never touch a real gun), and we do not allow them to point guns at people. After reading this chapter, I realized there is still a lot more information I need to be instilling into their little boy (future men) hearts and minds. Once again, the Young's pointed out that this desire to fight, deal with weaponry, and use force is rooted in Scripture. (In other words, there is a reason and a purpose God put those desires there.)

My favorite part of this chapter was the idea that all of these boys were created to be warriors. They will be faced with sin and evil in one way or another, and they will need to "fight" it head on, whether with weapons, force, or simply words. I have a lot to learn on this topic, and this chapter was such a wonderful resource. On my homework list for this week, we are going to dive into Ephesians 6...the boys are going to love learning about putting on "the whole armor of God." (I have no doubt about that :) )

Popular posts from this blog 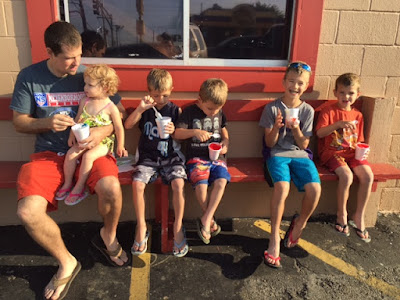 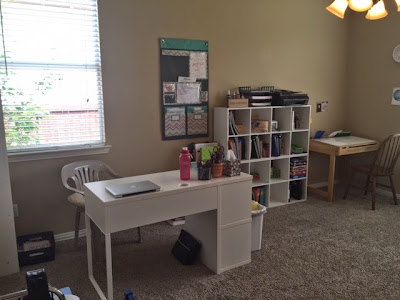 It's here!!! I told family for a long time that I would have pictures of our house for them once we got settled in. This seemed like the easiest way to share those :) Taking pictures of my house with my iphone camera sure makes me appreciate those professional realtor pictures! ha!! Anyway, I certainly didn't clean up everything for these pictures...I mean, I am definitely not trying to sell this thing anytime soon. We LOVE living here!!! First up, our school room -  We don't currently use our school drawers, so they are pushed into a corner for now.  The white boards were a Valentine's gift...no, seriously. I actually texted Derek and said, "You know what you can get me for V-Day? White boards." Bam #iamateacher Living room -  Seriously, how do they get their pictures so bright?!!!! I can see from my kitchen into the Living Room, and I LOVE that! The kids never, ever eat at the bar....I mean, it's
Read more

In death and tragedy

May 01, 2018
I am so overcome with sadness and confusion when I think of the darkness and despair of this world. When we struggle with our own sin, when we constantly attempt to teach our children right from wrong, when a loved one dies, when we experience divorce or desperation or tragedy. We see and feel the hurt and have this need to do something about the emotions we're experiencing. We're left with one of three decisions. We can get mad at the One who created us. The One we know is in control and could put an end to all the hurt. Why is He allowing this? He isn't as loving as I thought He was. When things don't make sense, we find ourselves wanting to somehow push it away with rejection and hardness.  Or? We can deny His existence completely. This doesn't feel right, so this can't BE right. There must be another answer. Some other "truth." No way there can be a "God" when all of our world is suffering so greatly so often. But both of the
Read more